I must admit that I feel very much the same. Though weight loss is always a goal of mine (after all, I am a WeightWatchers® Online member), I have decided it’s not the end of the world if every day is not a perfect day. And this applies to other areas of my life, too. If I have any resolution at all in 2011, it is to balance family, volunteering and creativity—to create a saner year than the previous one by investing more time in creative pursuits, which definitely took third place last year.

“Be creative, in your own way, every single day,” writes Danielle, Etsy’s Seller Education Coordinator in Fearless Creativity. “Schedule it. Make yourself. Sounds boring and counterintuitive, but you’ll never live up to your full creative potential without practice.”

Creativity, like any other pursuit, must be practiced on a regular basis in order for it to be productive. Noah Scalin, the author of 365: A Creativity Journal: Make Something Every Day and Change Your Life!, writes, “A daily project is like a marathon. It’s a ridiculously daunting task, but making an original creation every day gives you an incredible sense of accomplishment. It also forces you to push beyond your mental and physical barriers (especially the ones you’ve erected for yourself). You’ll be amazed at what you produce and what you learn about yourself in the process.”

If you have ever read Julia Cameron‘s books about creativity, then you are probably also familiar with her daily writing exercise known as “morning pages.” Every day, a writer takes 20 to 30 minutes out of the day to write three pages non-stop, without editorializing, about anything that comes to mind. This practice exercise has a way of opening the creative floodgates for any artist, not just writers. In fact, it is the act of regularity itself (which in some ways sounds like it is the opposite of innovation) that cements the creativity habit. And there are many ways in which you can practice the habit of creativity, whether it’s daily, weekly or monthly. To do so as successfully as you can, keep the following five tips in mind: Is it a scarf or…, by Olivia Herbert 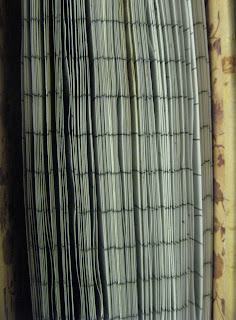 Other creative challenge sites that may interest you include:

© 2011 Judy Nolan. All rights reserved. Please note that the images in this post are owned by the artists and may not be used without permission. Simultaneously published at http://boomersandbeyond.blogspot.com.

Topic 2: Describe someone who influenced the person you are today, or who motivated you to do something. Explain how this is so. Is this a positive or negative?

Below is a roundup of links for EtsyBloggers who participated in this Blog Carnival. Please feel free to visit each blog and leave a comment. You will also wish to check out the wonderful products in each blogger’s Etsy shop.

Thank you for visiting this edition of the EtsyBloggers Blog Carnival. Submit your blog article to the next edition of EtsyBloggers using our carnival submission form. Past posts and future hosts can be found on our blog carnival index page.

Pope John Paul II eliminated one of the traditional “three boxes of life” by never entering retirement. When he was still a parish priest and auxiliary bishop of Kraków, when he might have been expected to spend his time working, not pursuing leisurely interests, he wrote poems under the pseudonym of Andrzej Jawien. The economy, of course, contributes to delayed entrance into the work force, often prolonging formal education for students who cannot find employment. The same economic conditions encourage shorter careers through involuntary retirement, but there are also those who choose early retirement in order to pursue creative efforts and/or philanthropic causes.

As I ponder these discussions that attempt to frame who we are at various stages of our life, it seems to me that many of us go back and forth between stages. A 20-something adult who finishes college and finds work often relocates to an apartment, but then returns home to live with parents if the job is lost. A parent may work full-time  in the traditional workforce (i.e., work for an employer) for a while, and then pull back to stay home, either to parent children, or to pursue alternatives.

In my own case, I feel as if I am dwelling in a No Man’s Land between Laslett’s Second and Third Ages. We recently shed some responsibilities (Second Age) when our only son and child got married (see slide show HERE), but at the same time we are still seated deeply in the Second Age through our involvement with my elderly father’s care.  But . . . both my husband and I also dwell in the Third Age of our lives, chronologically and in spirit. 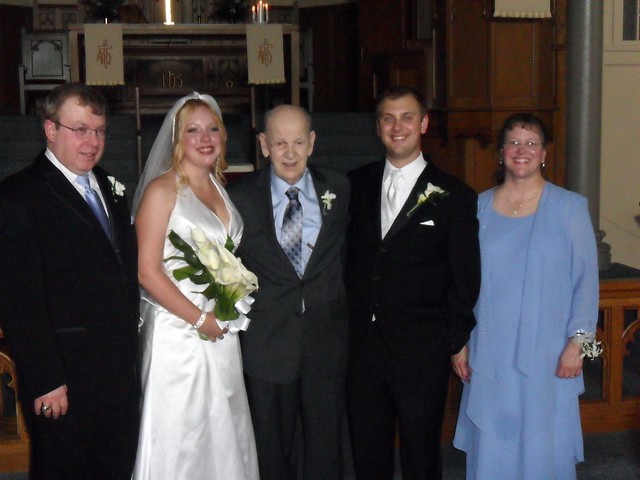 During the first quarter of my life I did as most of my peers did: secured an education, formed friendships that came and went, and gradually cut the apron strings that bound me to my parents. The second quarter of my life was spent with my husband far away from our parents and most of our relatives as we learned how to survive on our own, started a family, and pursued careers—my husband as an employee, and myself as both a traditional employee and a business owner.

On a personal level, however, John and I agree about the importance of identifying one’s interests and talents, and combining them in a productive way. For me that means writing and beginning to publish my work in different venues; I published my first poem at age 45, developed and taught an after-school enrichment program for gifted students for about five years, and am now blogging regularly. For most of my life, I have enjoyed producing a wide variety of handmade items, which I began entering in Iowa State Fair competitions some years ago and finally began selling in the handmade goods marketplace called Etsy, beginning in January of 2008. Finally—and for me this is perhaps most important—I have vowed to be open to change and new learning always. Those of you who have followed me from my first Blogger efforts to this Web site, for example, have seen me grow in my Web publishing skills.

I imagine that John E. Nelson and Richard N. Bolles, who wrote What Color Is Your Parachute? for Retirement, would identify my core values as self-direction, achievement, and benevolence, but I would call it developing my talents, applying my creativity and volunteering. In the end, I cannot agree more with Sara Lawrence-Lightfoot, who writes in The Third Chapter: Passion, Risk, and Adventure in the 25 Years After 50 about the joy of experiencing what she calls confessional moments. “These are moments when our faces light up,” she says, “when there is a palpable surge of energy and we begin to reveal stories about learning something new.” When you learn something new, when you can create something new, when you can share with others your passion, it’s a good day.