It’s funny how advice you give to others is advice you don’t always follow yourself. As a member of BBEST (Boomers and Beyond Etsy Street Team) bloggers, I just wrote a post in which I advise bloggers to post regularly to their blogs. Obviously, I need to pay heed to that tip since my previous post is from April!

This summer has been a whirlwind of creative activity. My husband, John, and I were Instant Challenge Appraisers at Destination ImagiNation Global Finals in May, where we were two of approximately 200,000 people who took part in a celebration of youth creativity, teamwork and problem-solving. Teams from 56 countries and from the U.S. began the four-day event with a Parade of Nations, similar to the same event held during the Olympics. Each team solved one of five team Challenges during the school year and competed for the right to advance to Global Finals. Both John and I appraised high school and university-level teams in an on-the-spot problem-solving activity called Instant Challenge. We were amazed and awed by the efforts of these young people. Hopefully we’ll be able to return a fourth time next May!

In early June, during the Floods of 2008, our family took an “unplugged” sort of vacation at Backbone State Park in northeastern Iowa. The park, except for the rental cabins, was closed due to storm damage over Memorial Day weekend, so we occupied one of the three cabins that were rented for the week. Our son and his girlfriend joined us and spent much time befriending a stray cat they named Buttercup. John and I spent a lot of time reading and doing crafts. There was no Internet, no television–just a weather radio–and it was wonderful, despite torrential downpours nearly every day. It’s amazing what you can accomplish without the distractions of electronic communication! 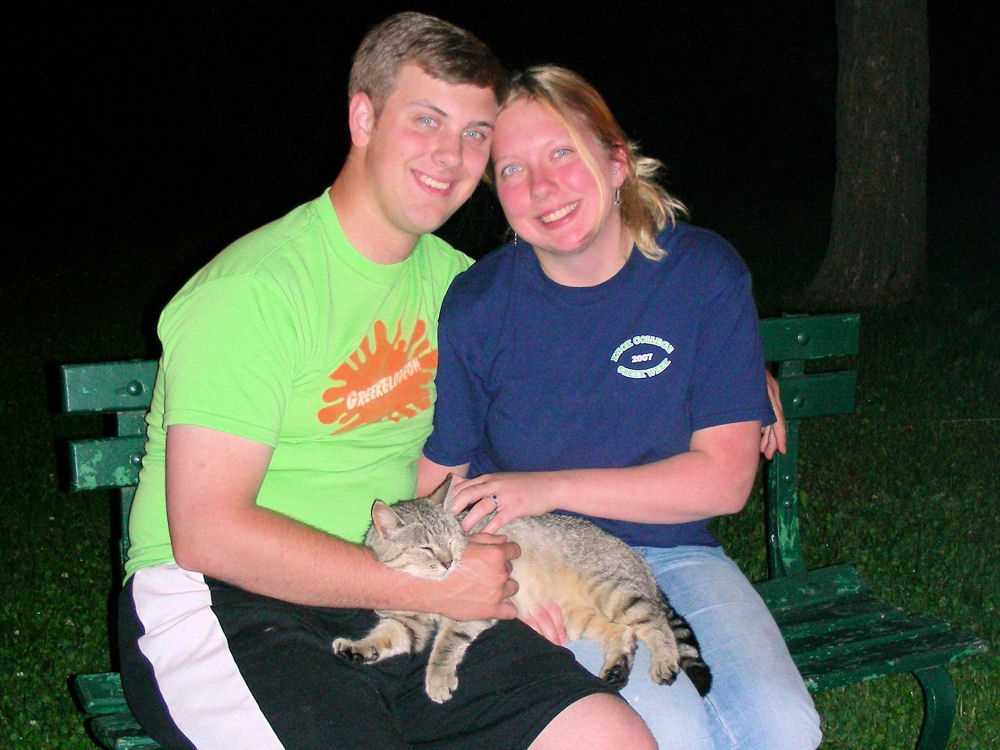 Later in June a fellow cre8iowa Board member and I taught the use of creative problem-solving tools to three middle school teams from Manchester, Ames and West Des Moines, Iowa. These teams participated in a two-day Ideal Object Workshop co-sponsored by the Des Moines Art Center and the Iowa Architectural Foundation. The teams were asked to create an “Ideal Object” that would tie in with “The World Histories” exhibition on display at the Des Moines Art Center. They were assigned a specific culture from Japan, Indonesia and Ghana to research, and were charged with incorporating what they learned in their objects, which needed to combine both architectural and artistic principles in a functional, ecologically sound piece of art. Each team was provided with a $600 fund and an architect-advisor, and had the rest of the summer to produce an Ideal Object and a presentation about the process, both of which were showcased in late August.

The Manchester team titled its Ideal Object “Ghana’s Circle of Awesome (Now in Gold!), 2008.” The multi-purpose station represents the Ghana idea of hospitality, which involves presenting water to guests. 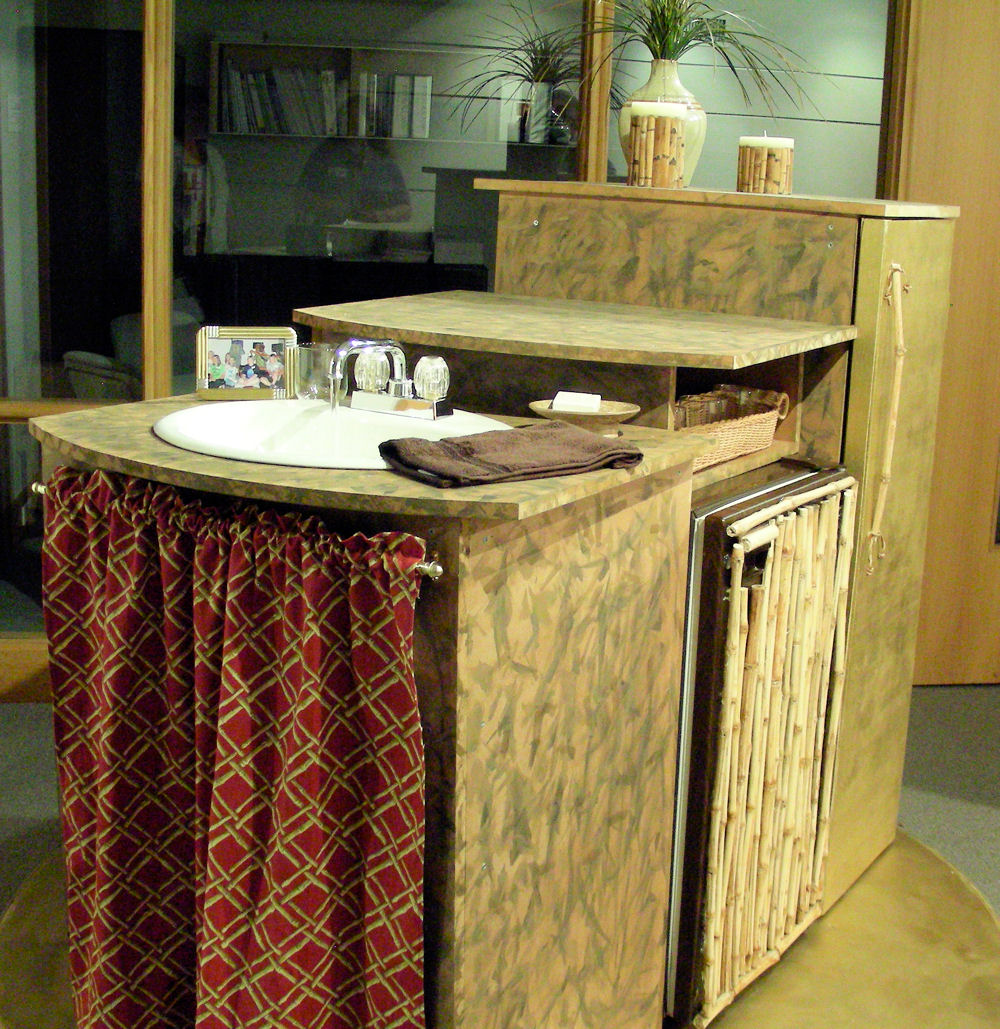 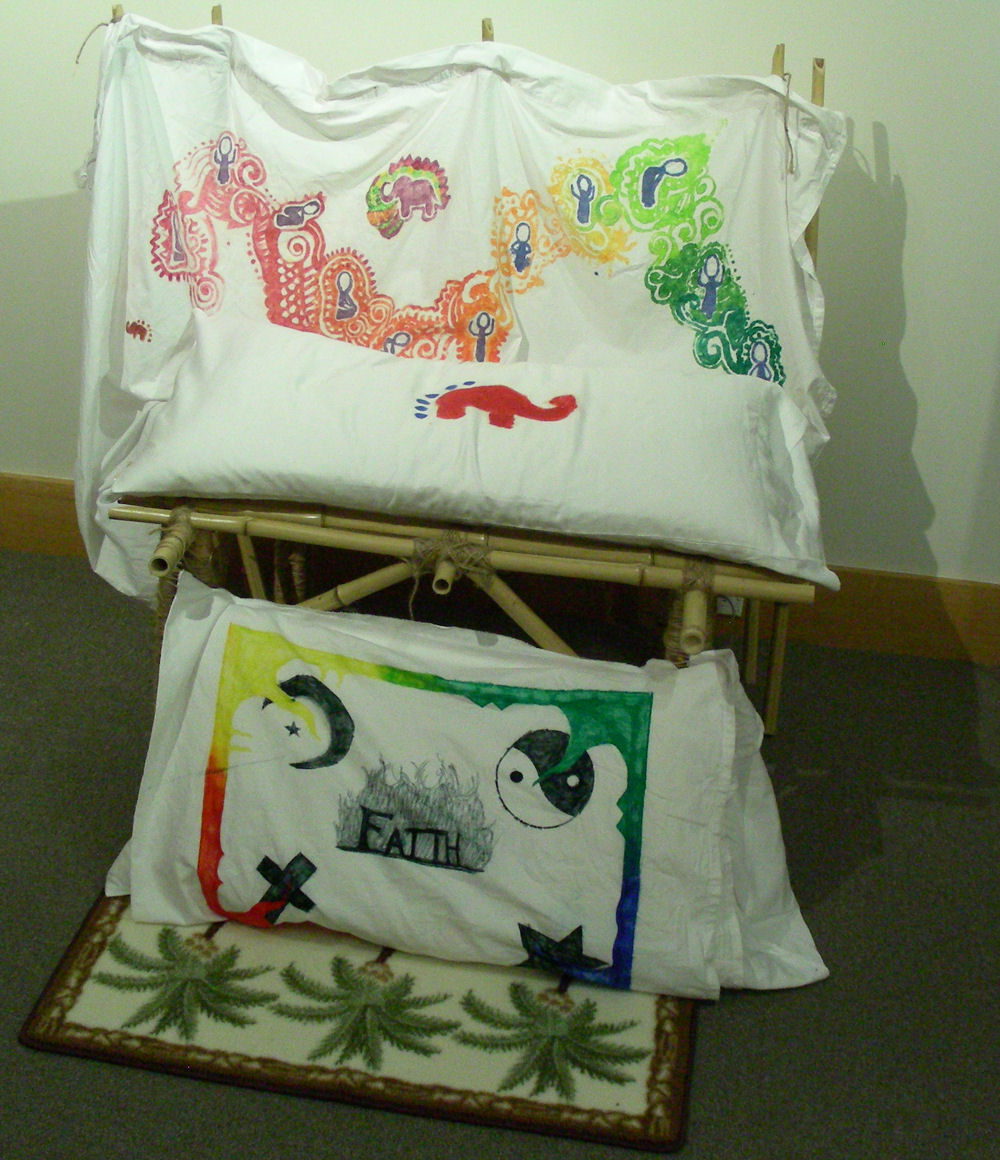 The Ames team titled its work “Reading/Nook, 2008.” This is a portable reading station that incorporates a fully movable lamp and a screen that folds. The screen is made of Japanese rice paper, and the students pasted their art on it. The art form is called “suminagashi” (the art of paper marbling), and it also includes Kanji characters. The lampshade can be swapped out with alternate lampshades,which the students created. 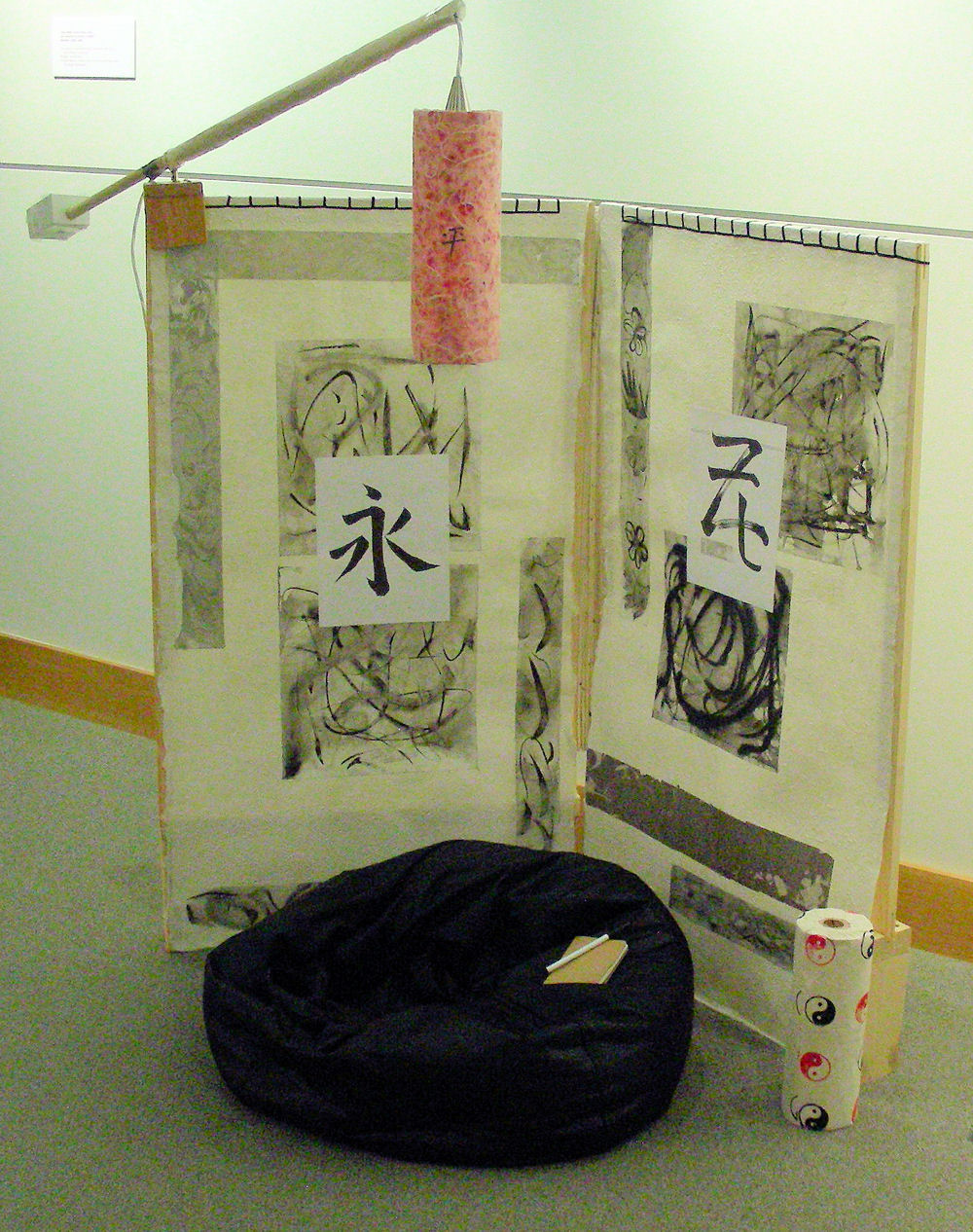 We were quite impressed with the work of these middle schoolers who gave up part of their summer to develop these works of art!

Late July took John and me to Colorado to visit fellow Etsian Pearl Peters, of Fehu Stoneware, who exposed us to the wonders of throwing and firing clay. We shaped clay on a wheel, which I found challenging but John took to with grace, glazed it and baked it in an outdoor kiln, then set the very hot pieces on a bed of straw, which burst into flames. The oxidation process caused the glaze to wondrously change colors; this process is called raku firing and is very impressive. It is also hot, challenging work. I came away amazed and awed by the talent of Pearl! In the photo above, you can see how Pearl is trying to hold back laughter at my not-so-successful attempts to master this form of art. 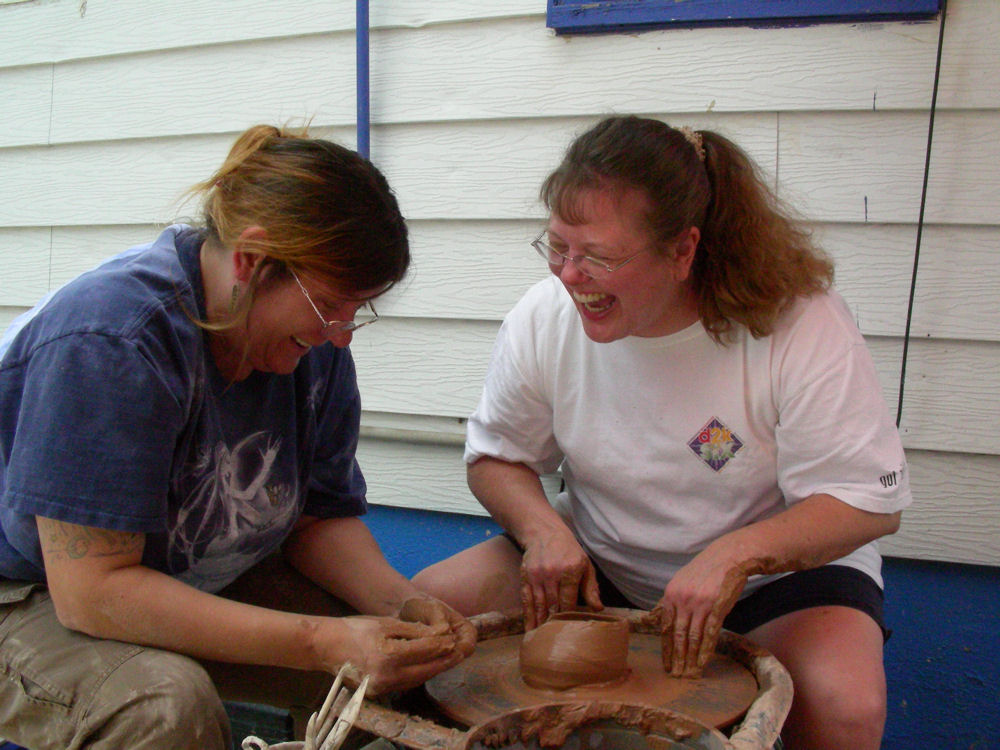 I did try to return the instructional favor by teaching Pearl, her daughter and her granddaughter how to do Swedish weaving. 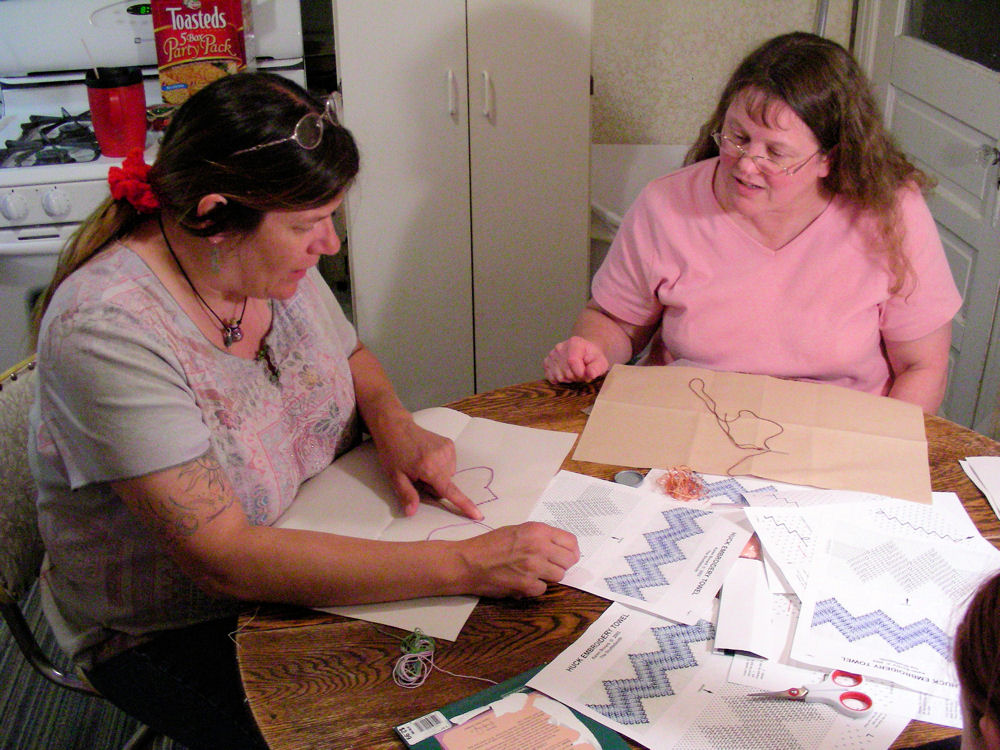 The Swedish weaving project I began in Colorado was finished at home in Iowa, where it evolved into the cover for a writing journal that I entered into the Fabric & Threads Department competition at the Iowa State Fair. Both it and a crocheted, fulled bag earned blue ribbon honors, providing a nice capstone to a summer filled with creativity! 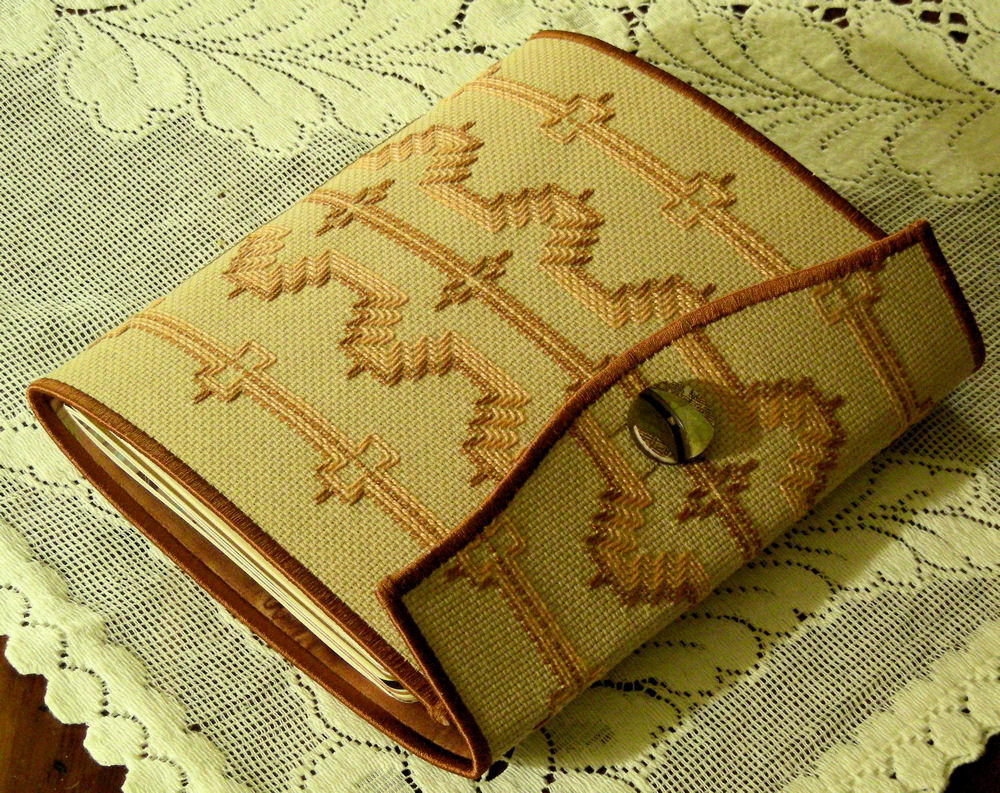 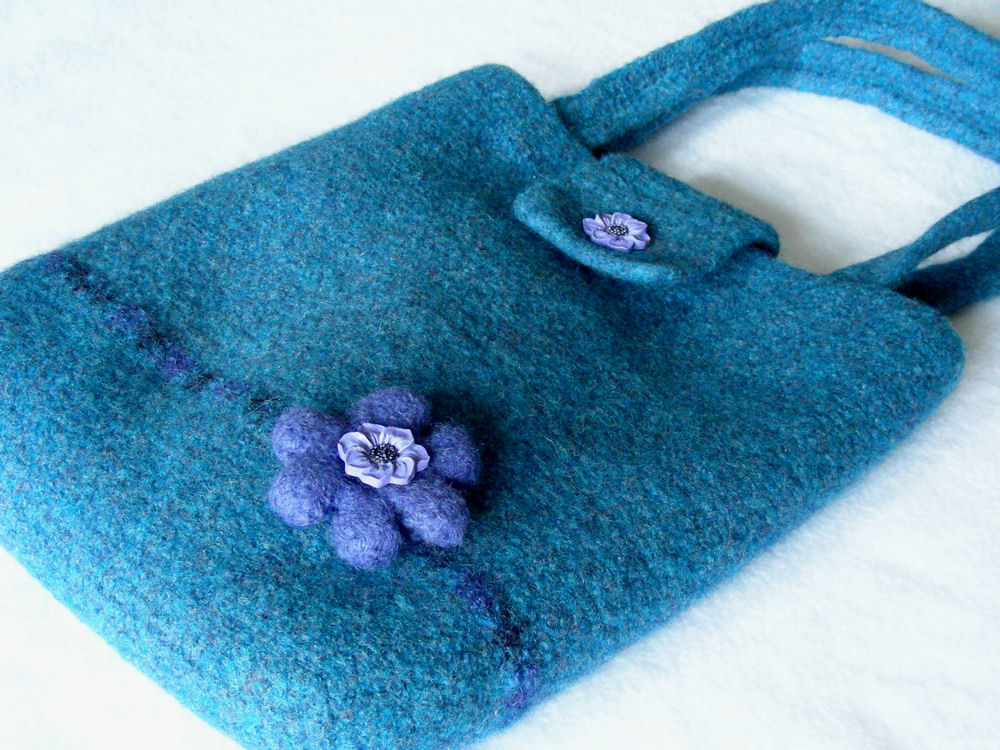 Â© 2008 Judy Nolan. All rights reserved. Please note that the images in this post may not be used without permission.